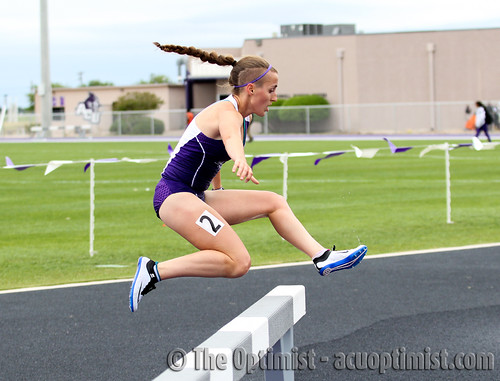 The track and field teams are hoping for good weather this week as they prepare for their final home meet of the season on Wednesday.

Elmer Gray Stadium will host the Oliver Jackson Twilight meet with a wide array of individuals scheduled to compete. 2012 Olympic gold medalist in the pole vault, Jenn Suhr is set to open her outdoor season at Elmer Gray along side Wildcat pole-vaulters like Kenzie Mascarro, Mackenzie West and Jaden Dement.

ACU is coming off of a fourth place finish at the John Jacobs Invitational at the University of Oklahoma. Sophomore thrower Morgan Knight, junior distance runner Allie Hackett and both the men and women’s 4×400-meter relays took gold Saturday.

The Wildcats would also combine for 14 personal records and 21 individuals score points through 19 different events.

Knight defeated 15 competitors with a measurement of 186-5. This throw puts him as sixth all-time in ACU history. Finishing several feet behind Knight for the discus title was sophomore teammate Kai Schmidt, who reached 181-2 on his fourth attempt. This was Knight’s third victory of the outdoor season and his first in discus.

Hackett had one of the closest wins of her season at the invitational, edging out two Oklahoma runners by hundredths of a second for a winning time of 4:49. Coming in behind the Sooners was teammate Diana Garcia-Munoz who took fourth in the field of 24.

Kimone Green narrowly lost the 400m hurdles by .01 seconds to Tulsa’s Kiara Jones. Jessica James would score two points for the Wildcats in the 200m, finishing with a time of 24.77. Former Wildcat All-America and current assistant coach Reyare Thomas second in this race competing as an unattached competitor, clocking a time of 23.55.

Events for the Oliver Jackson Twilight meet are scheduled to begin at 12:15.