By Abbey Bowling
Posted on April 29, 2016 | Sports | Comments Off on Softball falls to Baylor despite record setting attendance 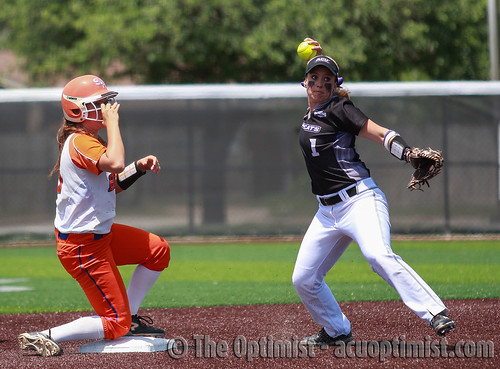 The softball team played host to Baylor University on Wednesday night, but they ended up losing the game 15-3, bringing their overall record to 21-20.

Baylor then came back in the sixth for a nine-run inning, though none of the runs were earned, to clinch the lead and win the game. The Wildcats also committed three errors in the inning. Redshirt sophomore Hannah Null started the game and put in 5.2-innings of work, giving up 10 runs, six of which were earned, on 11 hits and three strikeouts. Senior Julia Montoya came in to relieve her with one out left in the sixth, and she allowed five runs on four hits.

Senior Cara Hoover finished the game 2-for-3 and was the only ACU player to record more than one hit in the game. Over 900 people came to watch the game, setting an ACU softball attendance record.

The Wildcats will head to Corpus Christi for the first time to take on Texas A&M-Corpus Christi, who are currently last in the Southland Conference with a 4-16 record. Last year, ACU hosted the Islanders at Poly Wells Field and ended up winning one game out of three. In 2014, ACU swept the Islanders in a three-game series at home.

The Wildcats play a doubleheader at 1 p.m. and 3 p.m. on Friday and a single game at noon on Saturday.