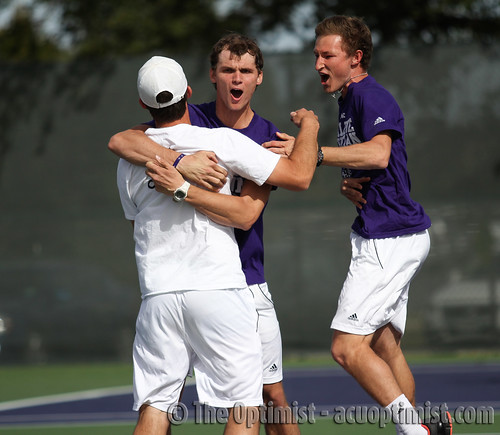 This week, the men’s tennis team traveled to San Antonio to face the University of Texas- San Antonio and Incarnate Word. The men were successful to start out their four game road trip winning both of their matches. The Wildcats are now 17-6 overall record (.739 pct) and own a 2-0 conference record.

“These past couples win for our team feel really good,” freshman Sebastian Langdon said. “All the teams we’ve played this weekend have been really solid and it’s a huge confidence boost winning theses matches and going into the matches tomorrow and Monday.”

“The whole team was excited we could close out the two matches in San Antonio as confidently as we did.” Said freshman Josh Sheehy. “This confidence will for sure carry into our next two matches and we will definitely need it because they are our two biggest conference matches.”

The next matches on this road trip for the men will be against Lamar and Texas A&M Corpus Christi.