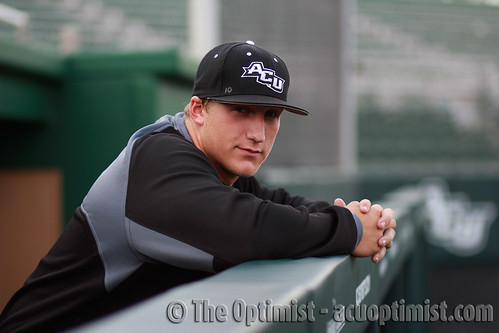 However, despite pacing the team with the most home runs each of the last two seasons, Crippen has transitioned into becoming not just one of the Wildcats’ most powerful hitters, but also the most efficient. Crippen leads the Wildcats 35 hits, is tops on the team with his .318 batting average and second in RBIs with 13.

Crippen said this transition was “a little bit of both” consciously trying to adjust his game and getting a few fortunate bounces his way.

“I wanted to raise my average at the plate from last year and I made sure to put in the work to make that happen, but some of my hits have somehow just found holes so in that regard it has just happened a little as well,” Crippen said. 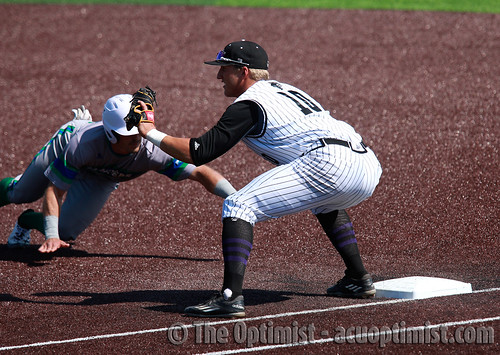 Similar to many young baseball players, Crippen’s father introduced him to the game at a very young age, but it was his immediate gravitation to the sport that has kept him loyal to it for so long.

“Like in most situations my father was the one that introduced me to the game and has always supported me in every way possible,” Crippen said. “When I was two I got a baseball and a bat and there was no going back from there. I played as much as possible and even played on a team when I was three.”

When he graduated from Snohomish High School in Snohomish, Washington, Crippen was recruited by ACU as a potential two-way player, boasting a fastball in the mid 80’s that occasionally eclipsed 90 miles per hour.

“When you get a guy like him, it’s definitely a bonus for your program because you feel like for three or four years he’s gonna have a chance to really contribute to your program,” said head coach Britt Bonneau.

But since arriving, Crippen has pitched in just three games, as many quickly realized his bat was a valuable contribution to the lineup. Which led to him starting 54 games in the field his sophomore year, most of them coming at second base where he committed just six errors all season.

“The coaches have helped me a lot over the last 3 years of me being here and it’s finally all falling into place,” Crippen said.

As a team, the Wildcats finished the 2015 campaign with an impressive 2-1 win over Arizona and a 7-4 victory over Hawaii, and in both games Crippen played a critical part. Against Arizona, Crippen singled and came around to score to give ACU an early lead they never gave back, while his two-run home run in the eighth inning against Hawaii clinched the 7-4 win for the Wildcats.

It was moments like these toward the end of last season that Coach Bonneau said Crippen gained momentum heading into the 2016 campaign.

“Crippen is one of those guys that can really change a game around and we’re very fortunate to have him on our team,” Bonneau said. He really ended the year last year on a high note and I think a lot of that carried over to this year.”

At 13-21 this season, the Wildcats have struggled to find consistent success as a team, despite contending with some of the nation’s top teams in Oklahoma and Texas Christian University and even beating Dallas Baptist 3-2. But close calls are nothing new to Crippen and the Wildcats after trading blows with the top two teams in the nation a year ago. 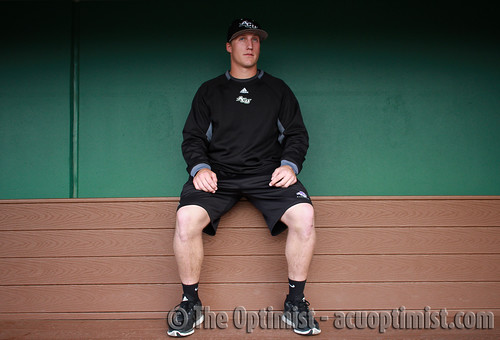 “The games against no.1 Texas A&M and no.2 TCU last year were great games that we lost by one in each game,” Crippen said. “Coming away from those of course we wish we would have won the game, but we gave the two best teams in the nation a run for their money and competed at the highest level in college baseball.”

This momentum and these tough losses have helped Crippen transition into his role off the field as well, as this team has become his family.

“Everyone on the team is great and we really gel as a group of men,” Crippen said. “It’s been great getting so many brothers that will go to bat for me at any point in life. I love every one of them and I learn so much from them every day.”

In regards to learning, Bonneau says there is still plenty for Crippen to learn, but the strides he is making are definitely in the right direction.

“He’s still a young guy that’s still learning the game,” Bonneau said. “Every day he has gotta come out and continue to get better. I think he learned a lot last year just from year one to year two. When he stays within himself and does that he’s a very good player. That’s where he has evolved.”

Crippen says since he started playing for the Wildcats one of his biggest accomplishments and a helpful thing he has learned is some things are out of his control.

“Overall I have a better attitude for what happens. You can only control so many things in baseball so learning what you can and can’t control has been huge for me,” Crippen said.

As one might expect, Crippen hopes to play at the professional level if given the opportunity, but for now he hopes to grow as a player and a person as much as he can throughout the rest of his time as a Wildcat.

“I would love to play in the MLB one day and hope that I am lucky enough to get the chance to, but I just want to stay within God’s plan for me,” Crippen said.