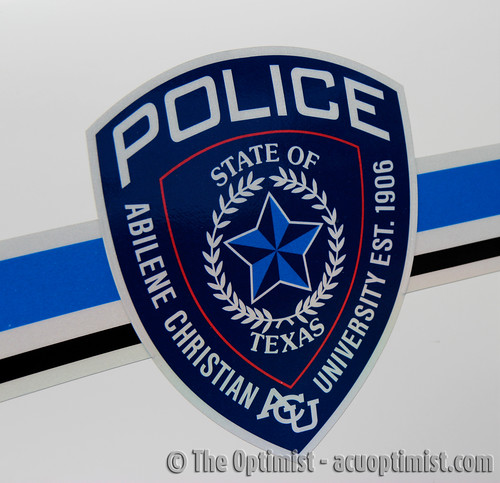 Cars were lined on either side of the road and scores of people were walking in the middle of the street, and Beth Reeves could barely drive through to her house.

“I thought, ‘Had something happened?’” Reeves said.

As the congregational care minister at Highland Church of Christ, Reeves was used to seeing crises.

But when she saw the drinks, she realized it wasn’t a crisis but a party. She pulled her car into her driveway and sat inside, watching as students strolled through her yard to the neighbor’s house.

“I could not believe the volume,” Reeves said. “The house is about the size of mine, and I didn’t know the house could hold that many people. I was very aware that this was quickly getting out of control.”

It was close to 11:30 p.m. on a Friday night – a late hour for the families and faculty that primarily occupy the University Hills neighborhood.

After she called the police, Reeves continued to observe people drinking alcohol and shouting to one another. Not long after she witnessed someone urinating in the yard, ACUPD arrived and dispersed the crowd.

This scene is not wholly uncommon. While the ACU Police Department responds to similar disturbances of the peace in areas near campus several times throughout the year, they mostly issue warnings, rather than citations, according to ACU Police Chief Jimmy Ellison.

When police are called to a noise violation, they can choose to issue either a warning or a citation.

Warnings, like in the case of speeding, can be oral or written. Citations are written and require the violators to go to the municipal court to either pay a fine or contest the fine in court, according to the Taylor County official website.

“They will make a decision based on the totality of the circumstances, and whether or not it is extreme or excessively unreasonable,” Ellison said. “It’s unusual to issue a citation on a first time offense, but it is allowable.”

Things that generate a call include excessively loud noise from music or a large group of people or excessive traffic. ACU students and non-students, like Reeves, make calls to complain about loud neighbors. When officers arrive at the scene, they make observations and try to contact the homeowner. Ellison said officers prefer compliance from the residents and most residents will agree to reduce the size or volume of the party.

Officers can issue citations for alcohol-related violations, including public intoxication, minor in possession or making alcohol available to minors. Driving while intoxicated incurs an immediate arrest. However, Ellison said a loud party doesn’t always include alcohol.

“We want to serve and protect our students,” Ellison said. “We don’t have an issue with students partying as long as it’s being done legally. Underage drinking is a huge problem on all college campuses and in all college neighborhoods, and ACU is no exception to that.”

While apartment complexes are more likely to have noise violation calls because of the proximity of neighbors, Ellison said outdoor parties in warm weather also generate more calls. Most calls happen on weekends.

The Office of Student Life considers disturbances of the peace Category 2 violations of the Student Handbook. Student Life gave verbal warnings to about 10-12 of the student hosts of the violating parties in the calendar year 2015, said Mark Lewis, dean of students.

“Most of the time, the host meant to have a gathering on a much smaller scale, but with social media, it’s so easy for something to grow,” Lewis said. “I’m very hesitant to automatically put someone on conduct probation the first time something like that happens.”

Although punishments range from fines to dismissal, Lewis said the focus is on helping the students not repeat the offense. Other big issues include illegal alcohol consumption by minors and the possibility of sexual assault.

“When we look at the national data regarding sexual assaults of college-age populations, alcohol is involved in over half of those incidents,” Lewis said. “That’s why I treat this situation very seriously because of the possibility of someone underage being in a compromised situation.”

Many times the students who hosted the party will have to do a written exercise, two counseling sessions and meet regularly with a faculty mentor. A letter is also sent to the student’s parents. Lewis also focuses on teaching those students how to better handle a party situation in the future.

“We’ll talk about the need to keep a close check on this, even to the point of having some designated folks at your front door who are monitoring those coming in,” Lewis said. “I’ve seen it work very well.”

While ACUPD focuses on law enforcement and Student Life focuses on student growth, Reeves said noise violations are a matter of respect.

“There is this respect that you have for another’s property and another person’s space and time,” she said. “When there are laws and even undefined neighborhood rules, we abide by them.”

Posted by Haley Remenar on Apr 14th, 2016 and filed under News, Showcase, Special Projects. You can follow any responses to this entry through the RSS 2.0. Both comments and pings are currently closed.  - This post has been viewed 2215 times.