By Max Preston
Posted on March 29, 2016 | Sports | Comments Off on Wildcat tennis continues conference this week 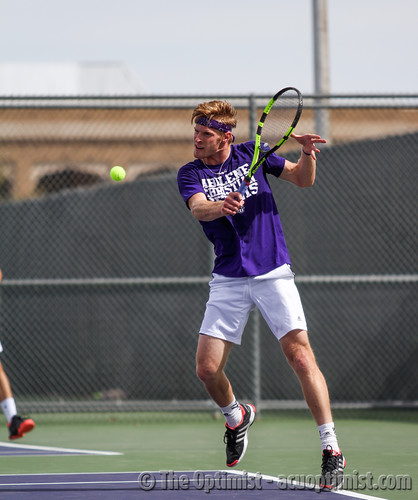 The women are coming off a match against McNeese State, where they picked up a victory by a score of 5-2. They were able to sweep doubles and get four out of six singles wins to make for an impressive conference performance against the Cowboys. Northwestern State has a 7-9 record overall (.438 pct) heading into the match, along with a 2-2 conference record.

“We are in a good shape overall right now,” said sophomore Lucile Pothier. “Our last results brought us at a good ranking in our conference. A victory Wednesday will bring us more confidence for the end of the week because we have several important matches that are coming.”

The men are coming off a bye week and their most recent performance was a 6-1 victory over Nicholls State. They were able to pick up five singles victories out of six matches and two doubles victories out of three matches to get the conference win. UTSA will come into the match with a 3-14 overall record (.176 pct). UIW will take in an overall record of 7-11 (.389 pct) along with an 0-2 conference record.

“We have a tough week coming up with 4 matches on the road,” said freshman Josh Sheehy. “With 3 of them being conference matches, it is one of our goals to win all of these. We want to prove that ACU can compete and win in the Southland even though we are new to the conference. I’m looking forward to the matches and I know the rest of the team is too.”