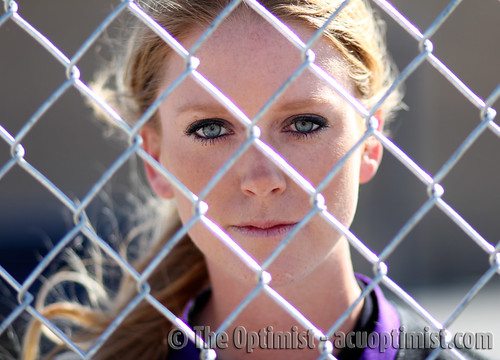 Leading a team in batting average is hard, but to be able to do that in style with triples, now that takes talent.

Junior outfielder Taylor Brown is doing just that. The Richland Hills native has a .372 batting average, which ranks in the top-20 of the conference individually. She entered her junior season tied for the ACU record of triples with 14 after she hit three in her freshman year.

Her sophomore year put her in the record books, as her 11 triples were not only an ACU single-season record, but a Southland Conference record as well.

But on Feb. 26, in a game against the University of Texas, Brown hit her record breaking 15th triple to become the ACU all-time leader in triples.

As astonishing as the feat is, and considering she has almost two full years to add onto her record, Brown doesn’t seem to care much about the numbers and might not even be aware she has the record.

“Honestly, I don’t even like to keep up with my numbers during the season,” Brown said. “I’m one of those players that don’t like to see their stats till the season is completely over.”

Along with excelling at one of the toughest feats in the sprots, she is also smart at the plate. Brown only struck out five times out of 166 appearances at the plate last season and has struck out only four times this year with 43 at-bats. This makes her a great asset to have on offense with her speed, ability to hit, and intelligence at the plate, but a nightmare to have to play against. 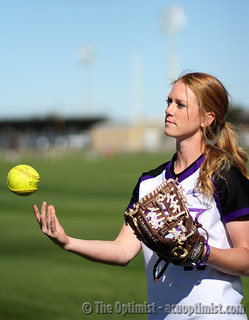 “I know for defenses, it makes it tough whether they are gonna be playing up or playing back on me, so we try to exploit that and use it to our advantage,” Brown said. “To be able to lay bunts down, because the defense expects you to be able hit the ball far, or if they are playing in there regular defense, I can pop one over their head.”

She credits her speed to being the only reason she was able to make the team. But she kept with it and every year she got a little bit better.

She improved enough that in high school at L.D. Bell, she was a big part of the team, alongside current teammate senior Demi McNulty. In Brown’s senior year, she lead the team to the 2013 district championship while hitting .606 and had 60 stolen bases which found her a spot on the Star Telegram Super Team.

With all this success though, Brown didn’t come across ACU’s radar till she attended a camp her senior year, where she impressed everyone enough to land a recruitment spot to play here.

Now after her first few years under her belt and finding success here, Brown finds herself as an upperclassmen and is a leader with the seniors on the team.

“It’s a role that I wasn’t really expecting this early on,” Brown said. “Usually the leaders are the seniors on the team, but I guess because there aren’t many seniors this year, I’m happy to fill in and help set the goals for our teams.”

The Lady Wildcats take the field next against the University of Arkansas-Pine Bluff in a three game series that begins with a doubleheader on Saturday with the games at 2 p.m. and 4 p.m.