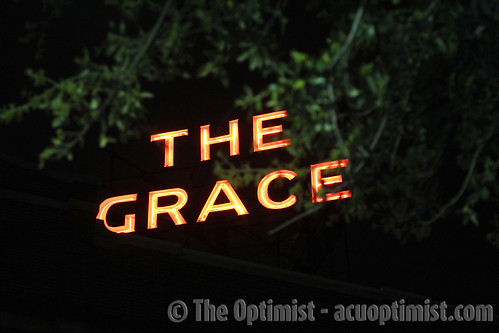 The streets of downtown were illuminated Tuesday as the Abilene Cultural Affairs Council unveiled new custom lighting installations at a special night festival.
Tuesday’s Illumination Celebration highlighted Abilene as the Storybook Capital of Texas and home to many sculpted works inspired by works of children’s literature. 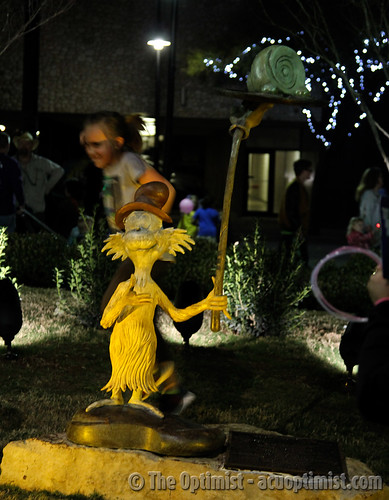 Over 10,000 people filled downtown to celebrate the lighting ceremony. Mayor Norm Archibald flipped the switch at 7:30 p.m., lighting up the 75,000-plus lights installed on 17 sculptures and over 50 trees up and down Cypress Street, Cedar Street, and North First Street. The sculptures come from various children’s stories, from William Joyce books to Dr. Seuss.
“The Storybook Capital of Texas will shine even brighter thanks to the new lighting,” Archibald said.
The installations across the downtown area are designed by former Disney lighting designer John Haupt, who is based in Orlando, Florida. Haupt was connected to the CAC through Dr. Gary McCaleb, vice president of the university and former mayor of Abilene.
Tuesday night’s unveiling was packed full of activity. The evening included food trucks, glow sticks, music performances and extended hours for downtown stores. More than 30 ACU students who are part of Lynay, a service-based organization, dressed up and walked the streets as various book characters.
Cedric Garza, freshman engineering and physics major from Corpus Christi and Lynay student, dressed up as the man in the moon.
“Being able to volunteer at the festival was a privilege,” Garza said. “Even though my costume was hot and cumbersome, seeing the joy that the characters brought children was worth all the trouble. It seemed like all of Abilene was packed into the downtown area, and being able to be 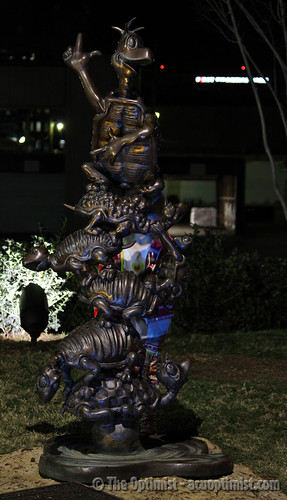 a part of an event that brought the community together so dramatically was a great experience.”
Several other students volunteered and sold glow items, painted faces and passed out flyers at the event.
Sydney Greer, junior marketing major from Spring, participated in the Illumination Celebration but didn’t know much about the event beforehand. Greer said she enjoyed being part of the historic night.
“I loved seeing downtown Abilene crowded with people,” Greer said. “It was fun seeing so many families, students and people from Abilene come out for such a unique event.”
Sidney Levesque, marketing director for the Cultural Affairs Council, said the lighting will make downtown even more of an Abilene destination.
“I think the lighting is going to make our downtown even more incredible and will have a big economic impact on the entire city. It will be a draw people to come to Abilene,” Levesque said. “We believe that Abilene has the largest collection of public storybook sculptures in America, if not the world, and the lighting will allow people to enjoy them day and night.”
The celebration was filmed for PBS’s show Voices in America and will be broadcast on the network at a later date.

Posted by Allison Brown on Mar 8th, 2016 and filed under News, Showcase. You can follow any responses to this entry through the RSS 2.0. Both comments and pings are currently closed.  - This post has been viewed 1890 times.