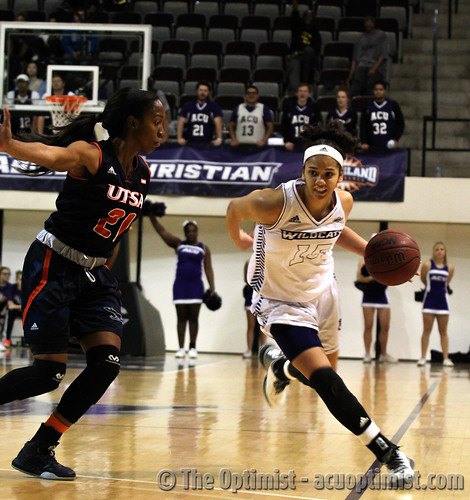 In a year where both men’s and women’s basketball surpassed all preseason expectations, two players, and one head coach, received league-wide recognition for remarkable seasons. 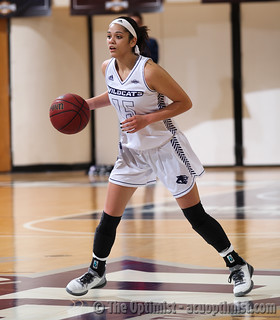 Mason put together one of the most overall dominating seasons in women’s basketball history. She averaged 17.7 points per game to lead the Wildcats and ranked second in the entire conference. Mason started in all 29 games of the season and never failed to reach double-digit scoring outputs during the 18-game conference schedule portion of the year. The McKinney native shot 43 percent from the field, 36 percent from the three-point arc and 77 percent from the free throw line, all ranking in the top-10 of the conference. In addition, Mason also turned in 4.8 rebounds, 2.4 assists and 1.9 steal per game.

It’s only the 10th time in the program’s 45-year history and first since its move to Div. I three years ago that a member of ACU women’s basketball has achieved the highest individual honor available. For as great of a season Mason had, she was able to raise her play when it mattered most during conference play. Mason averaged 19.9 points per game through 18 conference starts and shot 46.5 percent from the floor while knocking down 38.5 percent of her three-pointers (57-148). She scored a career-high 30 points against Lamar on Feb. 4, while grabbing eight rebounds and two blocked shots.

Mason had perhaps her best stretch of the season during the month of January. She received three-straight Southland Conference Player of the Week awards, becoming the first player since 2011-2012 season to accomplish such a feat. Over the six-game period, Mason averaged 22 points, 48. rebounds, 2.7 assists and 2.2 steals per game, while shooting 48 percent from the field, including 40 percent from deep. Mason received the award a fourth time on Feb. 29, after scoring 23 points against Houston Baptist and 21 points against New Orleans on a combined 8-11 three-point shooting stretch over those two games. 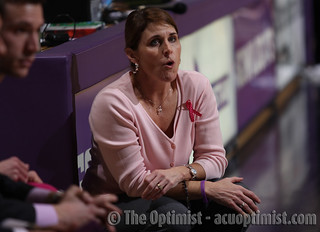 For Goodenough, this marks the second time she has been named Coach of the Year at ACU, as she was awarded the honor in her first season with the Wildcats. Still members of the Lone Star Conference, Goodenough received the LSC’s Coach of the Year award for leading the Wildcats to a 21-7 record and a 16-4 mark in the conference, which was enough for a partial Lone Star Conference regular season title.

This year, Goodenough helped bring together a team that had an equal mix of experience as it did youth. The Wildcats started off the year 5-2 before the team took off in ways no one saw coming. ACU won 14-straight games that stretched from the end of non-conference play in December and ended over halfway through conference season with a 63-54 loss to Lamar, who ACU had defeated 90-62 just four days earlier in Abilene. The Wildcats historic streak started on Dec. 4 and came to an end exactly two months later on Feb. 4 in Beaumont.

The Coach of the Year award gives Goodenough eight coaching awards, as she won six during her impeccable nine-year tenure at Hardin-Simmons from 1993-2002. The Wildcats will continue their season with a trip to the Women’s National Invitational Tournament (WNIT).

With several high-profile freshmen joining ACU men’s basketball this season, one took no time in separating himself from the rest. Franklin set out to be the top freshman in the conference, and that’s exactly what he did. Franklin led the Wildcats in scoring at 16.2 points per game which was tied for sixth in the Southland. His 1.7 steals per game also ranked amongst the best in the conference, also at sixth. 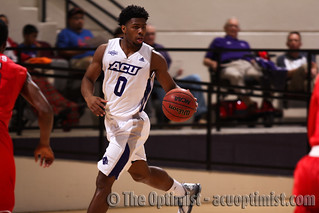 Throughout the entire season, Franklin became the Wildcats number one scoring option on offense. At 6-foot-2, 195 lbs., he brought a level of athleticism that had not been seen in the program for some time, driving and getting to the basket at will and often finding open teammates who were ready to knock down threes. Franklin’s best game of the year came when he scored 29 points on 11-15 shooting in a 75-67 win over McNeese State at home. He scored 23 points in the second half and was unstoppable at one point, scoring 15-straight points for ACU on a combination of tough made layups and pull-up jumpers.

Franklin also came through in the clutch for ACU this season. Against the New Orleans Privateers on Feb. 27, he scored 28 points on 10-13 shooting, but his biggest contributions came in the final seconds. Trailing 84-82 with nine seconds to play, Franklin took the ball the entire length of the court and scored on a layup to tie the game at 84 with five seconds to go. As the Privateers went to inbound on the next possession, Franklin was able to poke the ball away and get it to fellow freshman Jaren Lewis who hit the shot from half court to give ACU the buzzer-beating win.

Junior forward Sydney Shelstead, who earned a third team all-conference selection. She averaged 14.4 points per game, 7.5 rebounds per game and started all 29 games for ACU this season.

This was Shelstead’s second consecutive third team all-conference selection and she was also one of only six NCAA DI student-athletes selected to the CoSIDA Academic All-District 7 Team earlier in the season.