Kyle Carroll stars in transition from batter’s box to mound

By Derek Marcelain
Posted on February 26, 2016 | Features,Sports | Comments Off on Kyle Carroll stars in transition from batter’s box to mound 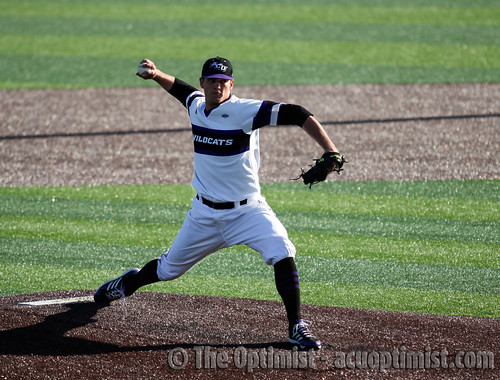 Moving into the starting rotation is never easy. But it’s especially difficult when you’re making your first collegiate start. That was the case for senior Kyle Carroll. The shortstop turned starting pitcher made his first start for the Wildcats on Opening Day last weekend against the University of Texas-Rio Grande Valley.

The results were great. 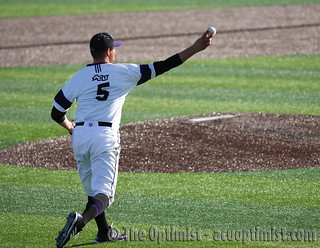 Carroll pitched 6.0 innings and gave up three scattered hits while leading ACU to a 5-2 win in the first game of the season. Carroll struck out four batters and gave up one unearned run for the game.

“I spent all week prepping physically, visualizing success, and mentally tuning myself for success for Friday night,” Carroll said. “When I got on the bump, I was ready, very ready. I just went to work and competed my butt off. I wasn’t worried about anything other than competing up there. I know I’ve put in a lot of work for this transition through the off season, so I just trusted myself when I was up there.”

The ACU Wildcats Baseball team started off the season hot with a four game sweep against the University of Texas-Rio Grande Valley before dropping their first game against Oklahoma University, to bring their record to 4-1 early in this season.

Last season, Carroll transferred from Ranger College to ACU where he batted .215 and had two home runs and 16 RBI’s as the Wildcat’s every-day shortstop. This season however, Carroll has transitioned into ACU’s ace of the pitching staff.

“The transition has been nothing less than exciting. I’m extremely grateful for the opportunity to compete on the field in a different position for my team,” Carroll said. “I’m willing to play wherever to get the job done for us.”

Carroll is a competit 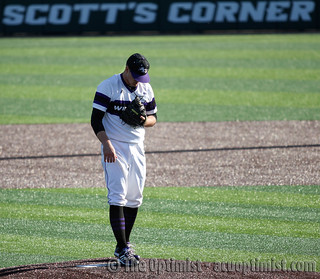 “The thing I’m looking forward to the most about pitching is being the guy in control,” Carroll said. “I get to determine what happens every pitch. I don’t have to sit on my heels and wait on a play to come to me. I get to go get it. I get to challenge opposing players to be better than me and my defense. Baseball is the only game played where the defense has the ball. That’s what I think is special about this game. You don’t get to run off the clock or worry about time management. You have to challenge each player, each team, for nine strikes and three outs each inning.”