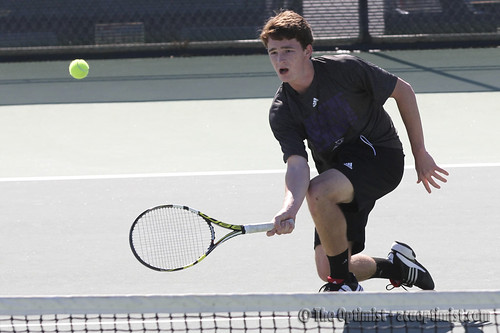 This weekend the men’s tennis team will head to Tulsa, Oklahoma to play Oral Roberts University and Southern Illinois University Edwardsville. The whole team, except junior Nico Agritely, who’s out with an injury, will compete in the matches.

Last week, the men put on a successful showing in Houston as they swept Prairie View A&M in all singles matches and won two out of three doubles matches. They also played Rice, the no. 58 ranked team in the nation. Freshman Joshua Sheehy, playing at the no. 1, earned the Southland Conference Player of the Week Award with a singles victory against Rice’s top player and a three set loss to no. 12 Texas.

“We’ve all been practicing hard for this season, and for that reason I feel very confident about how we’ll do in Oklahoma this weekend.” freshman Cole Lawson said. “I really look forward to every match we play because of the support we all give each other and it is always such a fun experience. Every day we’re getting closer as a team and stronger as well, and I know our results will show it.”

The Wildcats should see a slower pace of competition this week against ORU and Southern Illinois, as they have played a nationally ranked team the last two weekends (Texas and Rice) and won’t see ranked competitors in each of the two opposing schools this weekend.

“I think all of us are feeling really confident going into the matches this weekend,” freshman Sebastian Langdon said. “We all played singles and doubles matches in preparation along with some regular practices, so overall I personally feel ready to play.”

The men will start their matches against Oral Roberts Friday at 6:30 p.m. and will follow with Southern Illinois on Saturday at 6 p.m.