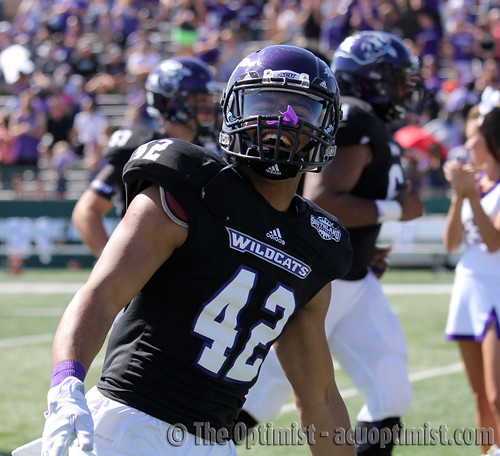 ACU is looking to get off of its six-game losing streak that has featured multiple slow first half starts. The ‘Cats will have to tighten some things up to take down the Lions.

The run defense has to clamp down on a solid run game that averages about 200 rushing yards per game. ACU ranks near the bottom of the Southland in run defense allowing 247.7 per game on the ground.

Fortunately for the ACU, the Lions do not have a consistent passing game. Southeastern’s quarterbacks D’Shale Landor and Donovan Isom have combined for just 1,230 passing yards at an inconsistent 50 percent completion percentage. Expect ACU’s defense to try and force the Lions in long passing situations where they aren’t comfortable. Freshman corner Jabari Butler could make some plays against a weak passing game.

On offense, the ‘Cats look to recover from a rough outing against Northwestern State last week. Redshirt freshman Dallas Sealey injured his thumb on his throwing hand in the first quarter of the 39-22 loss resulting in a rough passing performance.

The ‘Cats will need to be prepared for a dominant Lions’ secondary. Southeastern ranks first in the Southland in pass defense efficiency, allowing just 199 yards per game through the air and a touchdown to interception rate of 8:10. The return of senior Jonathan Epps, along with receivers Cedric Gilbert and Carl Whitley should give the ‘Cats a chance to make some plays through the air.

Running backs De’Andre Brown and Herschel Sims will need the injury plagued offensive-line of the Wildcats to hold up to take the pressure off of Sealey. Brown and Sims have not put together an efficient one-two punch performance since the Houston Baptist game. Injuries have taken a huge bite out of the ACU run game. In fact, the Wildcats average a league-worst 3.4 yards per carry.

The ‘Cats host the Lions on Saturday in Shotwell at 2 p.m.