By Collin Wieder
Posted on November 22, 2015 | Sports | Comments Off on Football drops season finale in shootout 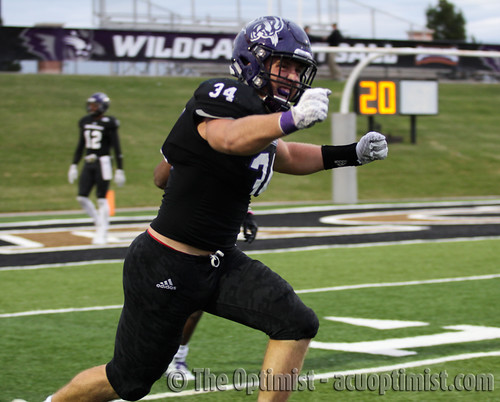 A season of frustrations ended with the ‘Cats best offensive day of the season. The Wildcats put up 548 yards of offense, including a De’Andre Brown season high 176 rushing yards. However, two turnovers and a failure to get the field goal unit on before the end of the first half cost the Wildcats the game.

The Wildcats had an opportunity to win the game late in the game but the offense stalled in the red zone. On third down, the Bears picked up their fifth sack of the game, leaving the offense with a fourth and goal at the 12. On the following play, the Bears would sink the ‘Cats as James Davis intercepted a Parker McKenzie pass intended for Cedric Gilbert.

McKenzie went 28-for-39 for 330 yards, two touchdowns and one interception. McKenzie connected with nine different receivers including three with five or more catches.

On defense, the ‘Cats fell apart after having a couple of nice performances in two of the last three games. UNCO quarterback Jacob Knipp threw for 293 yards and three touchdowns, while rushing for 58 yards and a score. Freshman running back Trae Riek was the ‘Cats biggest problem. Riek recorded 27 touches for 248 scrimmage yards and two touchdowns.

Sophomore linebacker Sam Denmark recorded 11 tackles on Saturday giving him a Southland Conference best 138 on the year, and finishing with the third most tackles in ACU history. Senior linebacker Lynn Grady finished his career as a Wildcat with five tackles and linebacker Travis Tarver recorded three tackles. On defensive line, seniors Rishaad Wimbley and William Moore combined for five tackles.