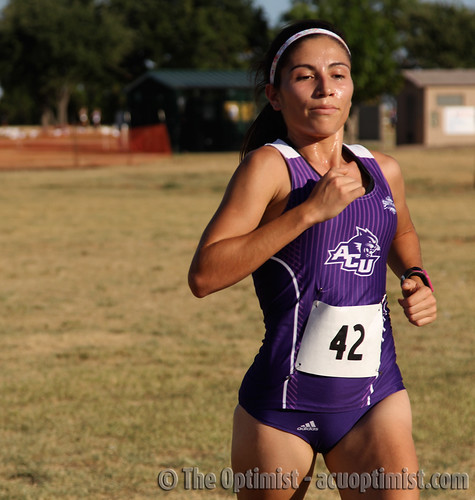 The women’s cross country team once again proved that it is a force to be reckoned with as the Wildcats finished second overall in one of the nation’s oldest and most prestigious cross country races.

The Chili Pepper Cross Country festival hosted by first place overall winners, the University of Arkansas, drew teams from all over including Southland Conference rivals Central Arkansas whom ACU beat by almost 10 places.

Junior Alexandria Hackett once again came in as the top runner for the Wildcats with a fourth-place finish. Hackett was tripped in the first 200 meters of the race and ended up falling on the ground. Despite a bad start, she would make up any ground lost and finish with an impressive time of 16:36.

Junior Diana Garcia-Munoz came in with a time of 16:51 and the eleventh spot. Twin sister of Alexandria, Michaela Hackett, finished next, followed by freshmen Aubrey Till and Carnley Graham, then senior Mariana Guerrero. Sophomore Gabby Thompson rounded out the women’s team for an overall score of 99 points.

“I can definitely see confidence building in the girls,”assistant coach Ray Walker said. “But they are still remaining humble in the process.”

The men’s team has struggled this year as a team, but individually has improved since last season. Senior Daniel Block has led the team all season and continued to do so in Fayetteville, finishing as the team’s no. 1 runner with a time of 25:16 for the 8k course.

Sophomore Ryan Cleary came in next for ACU with a time of 25:38. Overall, the men finished overall in the fourteenth spot out of 33 teams.

“The plans for training until conference is to be smart and make sure they are getting their rest,” Walker said.

The teams will not compete this weekend but will race next weekend in Little Rock, Arkansas. That meet will be their last race before the conference championships in Huntsville.

“The next meet is low-key. It will be a good tune-up before conference,” Walker said, “ I believe in them, I know God is working in them. They will be ready for whatever comes their way. They deserve all the success they have been apart of.”