Wildcats need change, and they need it now

By Collin Wieder
Posted on October 20, 2015 | Columnists,Sports | Comments Off on Wildcats need change, and they need it now 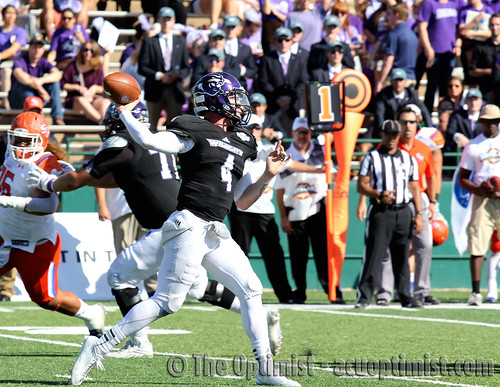 After an up and down start to the season, it's time for the Wildcats to sit starting quarterback Parker McKenzie and give backup Dallas Sealey a chance.

The Wildcats’ 2015 season needs rejuvenation and a new leader at the helm. Six games into the 2015 football season, the Wildcats sit at 2-4 overall and 2-3 in conference. A record few expected to see this early on.

I’m not going to judge many of these losses because ACU simply does not have the same level of scholarship athletes to work with compared to well-established Southland teams. The Wildcats lost to one FBS perennial-bowl team in Fresno State and three surging Southland Conference squads. They are not quite at the same level as some of their Southland counterparts.

With that said, there are players on the roster that should be playing significantly more minutes. 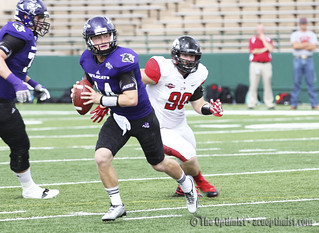 Starting quarterback Parker McKenzie has failed to live up to expectations following a very productive 2014 season.

The ACU faithful have seen the Wildcats struggle this season. In fact, they had a front row seat for the turnover-filled first quarter of last Saturday’s homecoming drubbing at the hands of Sam Houston State. They have had the same frustrations I have while watching the offense this season.

Some of the struggles are the graduation of key skill players like Noah Cheshier, Jonathan Parker and Demarcus Thompson, along with offensive linemen Colton Carnes and Logan Hoppenrath. It hasn’t helped that the offensive line has taken a huge hit with injuries to starting right tackle Riley Mayfield along with a multitude of others.

The offense has sputtered this season, turning over the ball 11 times in just six games. Seven of those have come through the air courtesy of junior quarterback Parker McKenzie. He’s had a lot of expectations coming into this season after throwing for over 3,000 yards and 22 touchdowns last year, and being named all-Southland Conference honorable mention. McKenzie has not reached those expectations or improved on some of the poor decisions he made last year. Last year he threw just nine interceptions in 11 starts, but the killer is that they came at inopportune times. The coaching staff let those slide as growing pains of a young, first-year starting quarterback, but we haven’t seen the “growing pains” end.

It’s not that McKenzie is a bad quarterback, he just isn’t the one that fits this team right now. When ACU had the experience on the O-line and veteran playmakers surrounded him, that’s when McKenzie fit the system. His numbers look good on paper, as he leads the conference in passing, but his efficiency within the conference ranks just sixth out of 13 possible candidates. He was ineffective against a tough pass-rushing Central Arkansas team and threw ACU out of Sam Houston before the first quarter ended. 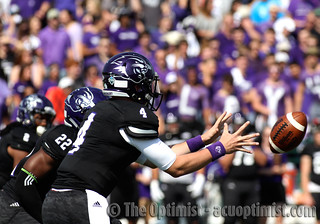 They need a scrambler. They need redshirt freshman Dallas Sealey. Sealey can escape pressure instead of taking a sack or forcing a bad throw. He showed glimpses of that ability last week. He also took care of the ball. In 43 pass attempts this season, Sealey has not thrown a pick and has found a way to be efficient with his scrambling ability, losing only one fumble in the 69 plays involving him.

In all honesty, McKenzie is a quality quarterback. If he had more to work with, he could be the guy for ACU. But that’s not the case.

With a tough remaining schedule still staring the Wildcats in the face, it’s time for a change. This week would be a great opportunity to see what Sealey can do against a struggling Incarnate Word squad, and I think he should get that chance.