By Collin Wieder
Posted on April 30, 2015 | Sports | Comments Off on Wildcats aim for milestone win for Bonneau 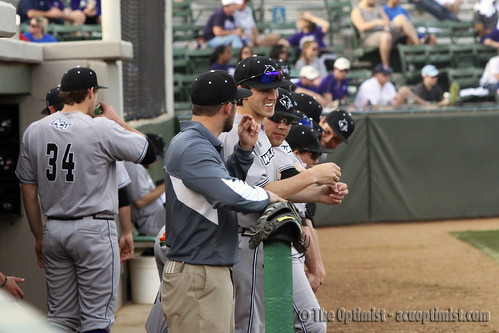 The Wildcats hit the road to take on last-place conference opponent University of New Orleans for a three-game series this weekend.

The Wildcats enter the series with a 10-31 overall record and 8-13 conference record while the New Orleans Privateers enter 15-30 overall and 3-18 in conference.

Head coach Britt Bonneau – in his 19th season as the Wildcats’ head coach – needs just one win to reach 700 in his career, all of which will have come at ACU. A win would make him the 77th active coach in all of NCAA collegiate baseball to reach that number.

ACU hopes to get off their recent struggle as they are just 2-10 in their last 12 games. The ‘Cats will have to do that this week without the help from senior relief pitcher Kevin Sheets who is suspended for the second straight weekend. Sheets has an ERA of 2.22 with 31 strikeouts in 28.1 innings pitched.

Bonneau said the team is prepping to play without Sheets. 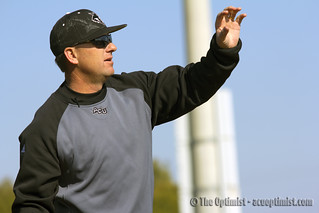 “Well, we are preparing everything without Kevin,” Bonneau Said. “Kevin is still going to be out for another weekend, and he will be back Monday the fourth.”

The pitching staff will have to rely on relief pitchers seniors Nate Cole and Ladgie Zotyka, junior Nick Palacios, and recent starter-turned-reliever junior Aaron Mason. Zotyka comes in just behind Sheets in ERA with a 2.55 in 24.2 innings. Palacios leads the team in appearances with 20 and has a sub 3.00 ERA.

“It was a crazy weekend,” he said. “We felt like we could’ve won three games. All three of our starters threw six plus innings for us, and we felt like we played real good baseball, but we only have one win to show for it.”

Senior starter Thomas Altimont and junior starter Garrett DeMeyere now have a new member of the rotation – freshman Drew Hanson. Altimont recorded his third complete game of the year in a 6-2 win over SFA. Altimont leads the team in strikeouts with 56.

ACU’s offense needs revamping as they are hitting a conference worst .240 at the plate, but they have gotten a recent boost from sophomore second baseman Aaron Draper who struggled out of the gate hitting in the low .200s.

Draper is now hitting .274 on the season, good enough for second on the team. He also leads the team in hits with 45. First baseman Tyler Eager leads all players in batting average (.276), RBIs (24) and doubles (11).