ACU to face McNeese in final games of home stand

By Savanah Silva
Posted on March 26, 2015 | Sports | Comments Off on ACU to face McNeese in final games of home stand 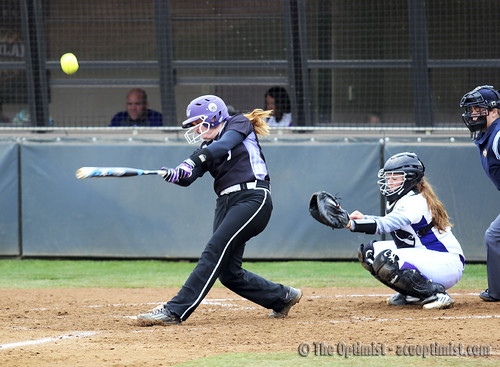 The ACU softball team will take on conference rivals McNeese State in another three-game series to finish its home stand this weekend.

The Wildcats are coming off a devastating loss to the University of Texas at Arlington in a non-conference game. The Mavs ended the game in the bottom of the fifth after they blew the door open and scored 10 runs.

Senior pitcher Emily Seidel struggled to shut out the Mavericks. She got into a groove early in the second inning, but the Mavs also warmed up, and Seidel would walk a leadoff batter and give up a string of hits to allow four earned runs in the third.

The women will now look to McNeese State, another undefeated team in the Southland.

The Cowgirls will look to come in and shut out ACU’s defense early on like UT-Arlington did. As long as the Wildcats can maintain intensity throughout the game, the series could be what the team needs to improve their conference record.

“We win when we find a momentum and score a lot of runs,” Seidel said. “We thrive off our offense, but we need a combination of hitting, fielding and pitching. If we can get all three going at once, it’ll show.”

Seidel also said their record doesn’t show their effort. Though the team is at 1-8 in the Southland, the ‘Cats have been preforming at a much higher level.

Freshman infielder Peyton Hedrick is one of the top hitters in the Southland batting at .432. She also leads the team in bases stolen this season with eight. Teammate and outfielder Taylor Brown had another good game against UT-Arlington. She leads the team in runs scored with 22.

Though ACU is a young team, Seidel, the only senior on the team, had nothing but praise for her young teammates.

“The freshmen have acclimated to Div. I well,” she said. “They’ve stepped up and played with confidence.”

McNeese will be coming off a loss from Texas State University with the final score of 4-3. The Wildcats will look for the Cowgirls to come out aggressive from the first pitch.

First pitch will be at 4 p.m. Friday at Wells Field followed by the second half of the doubleheader at 6 p.m. The final game of the series will be at 12 p.m. Sunday.