By Collin Wieder
Posted on February 11, 2015 | Showcase,Sports | Comments Off on Baseball begins season with Wolf Pack 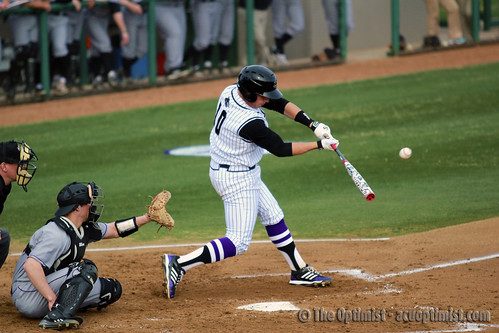 In their second year in the Southland Conference, ACU baseball will look to build on its success in 2015.

ACU baseball will begin its season Friday with a three-game series against the Nevada Wolf Pack.

The team returns the bulk of last year’s roster from its inaugural Southland season. They hope to build off a tough 18-36 year that featured an impressive win over powerhouse Arizona.

Head Coach Britt Bonneau returns for his 19th season with a career record of 689-360-1 in his time with the Wildcats. Bonneau said the team has a lot of experience because of the multiple freshmen that played last year.

“It always helps to have some experience,” Bonneau said. “We obviously have some guys that we have gone to war with and been able to compete at a high level. These freshmen that are now sophomores have grown up a lot, and that should help with the new guys coming in.”

DeMeyere put together an almost perfect game last season in a 2-1 win against University of Texas at Arlington. He put in eight innings of work, giving up only four hits and one run. Zotyka had a 3.63 ERA and allowed only a .246 batting average against him.

“We have some strong arms that are going to help us on those weekend series that we didn’t have last season,” Bonneau said. “We have a few guys that are coming off injuries as well that will help us as well, so the depth on the mound is definitely a bonus.”

The 2015 season will be no different as it includes a difficult schedule for the ‘Cats with four opponents in the top 25. ACU will play TCU, Texas Tech, Arizona State and Texas A&M. The Horned Frogs were last year’s Big 12 Champ while Texas Tech made it to the College World Series.

Brandon Stover, associate head coach, said he thinks the experience of playing big-name schools will be good for the program and young players.

“It was huge for our program to have the young guys play against top competition last year,” Stover said. “It was great to put it together last year and win against Arizona who won a national championship a few years ago. We feel like if we play well we can beat anybody in the country.”