By Abigail Runnels
Posted on January 13, 2015 | News,Showcase | Comments Off on ACUPD keeps busy over winter break 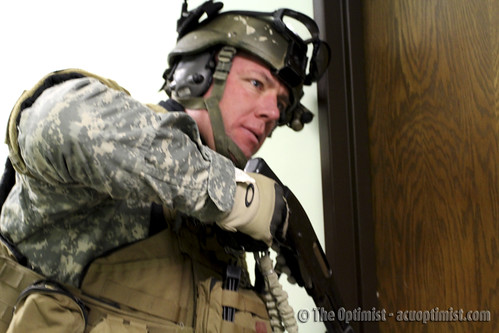 ACU Police Department responded to a variety of calls on and around campus during the break while most students were out of town.

A 33-year-old male was arrested for public intoxication at 12:13 a.m. Christmas Eve at University Park apartments. ACUPD responded to several calls and found him walking around, disoriented and alone, though it appeared he might have been in a fight, said ACU Police Chief Jimmy Ellison. He was arrested on a charge of public intoxication at the scene.

In addition to incidents on campus, ACUPD responded to several calls in the area surrounding campus, many of them the result of students being out-of-town and leaving behind empty houses and apartments.

“ACUPD received a call about suspicious behavior, where someone was inside a house that didn’t belong there,” Ellison said. “The caller knew that ACU students lived there and that they were out of town.”

Upon arrival, the officer on duty found someone inside who was in possession of marijuana, he said.

The suspect was not an ACU student but “had a connection to a current student who lived in the house,” Ellison said.

Because of the amount of the substance found, the crime is considered a felony rather than a misdemeanor. The suspect was arrested and the materials seized. The investigation is still ongoing.

ACUPD and the Abilene Police Department also are investigating a series of burglaries that took place over the break. Most of them occurred over a few days and within a small area.

ACUPD sent out an email advisory to students, urging them to check with their landlords to make sure nothing had been stolen while they were away.

“Locking doors and quality security are important when renting a house,” Ellison said.

Despite these few calls, the amount of crime during the break was not out of the ordinary.

“It was a relatively quiet break other than the few burglaries,” Ellison said.

Once students started arriving for the spring semester, ACUPD began to respond to calls concerning students on campus.

A student in Mabee Hall was arrested for possession of marijuana last Friday night after officers received a call from the Mabee staff about an odor. A student was found in possession, arrested and booked into the Taylor County Jail and is being referred to the school administration for action regarding conduct.